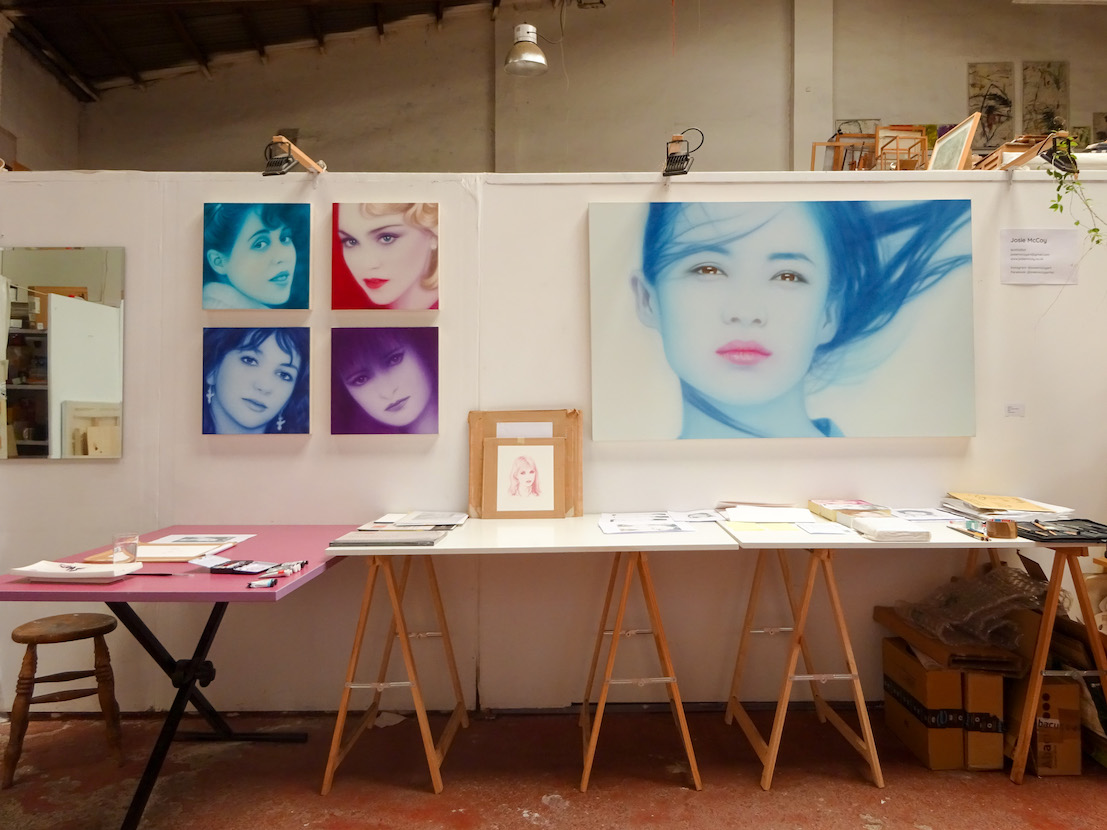 Josie McCoy graduated from the MA Fine Art course at Central St Martin's in 1999. Since then she has had solo exhibitions in London, Valencia, Newcastle, Milan and Santiago de Compostela and has exhibited in numerous group shows.

Her work has been selected for competitions and awards including the Castellon International Painting Prize, four times for the BP Portrait Award and she received a Woo Charitable Foundation Arts Bursary. In 2001, she was awarded first prize for the Centre of Attention Painting Prize.

Her paintings are in private and public collections including the BBC, Standard Chartered Bank, the Collection of University of Wales, the Jeremy Mogford Collection and the Borchard Collection of British Self-Portraits in the 20th Century.